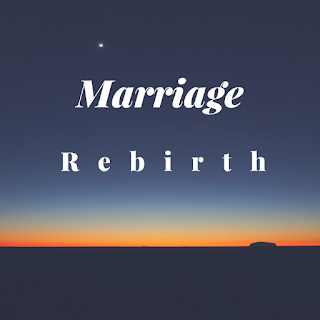 Fact 1: My husband is a great husband and can probably hold a candle against the best husband in the world.
Fact 2: My husband can also be a jerk (I would have loved to use a stronger word but my in-laws are very supportive and actually read my blog)


Fact 3: I am not the greatest wife in the world but I am a great wife
Fact 4: I can also be the world’s greatest bitch.
Because we were a great husband and wife to each other, we essentially have a great marriage. We were both faithful, we were great parents to our son, we equally contributed and sacrificed for our small family and we never took advantage of each other. We also loved each other very much as far as we know.
But what we did not know was that for the past 12 years, our marriage was slowly dying. Although I was a great wife and he was great husband, I was still essentially a bitch and he was essentially still a jerk. We took our turns in hurting each other in small unnoticeable ways. We did not resort to grand schemes of marital revenge because a great wife and a great husband do not stoop that low just in case our crown becomes in peril of being taken away from us.


Since the hurts were small and can be construed as imagined and a by–product of paranoia, our pride did not dare acknowledge their existence. Why complain about a stellar husband who is almost perfect? Why complain about a wife who sacrifices much for her family? But a wise woman told me once that marriages are destroyed not by earth shattering mistakes from any of the married parties but by years of compiled hurt and neglect of one another. One day you wake up and this small hurts have banded together and becomes a monstrous being that has eaten most, if not all, of your marriage away. Sometimes, the realization even comes way too late that there is nothing left to save at all.
A few days back, the same monster reared its ugly head and made itself known in my very own marriage. My husband and I were taken aback by the massiveness of the giant that we have apparently fed over the years. We were so preoccupied in fulfilling the prerequisites and obligations of a great marriage that we neglected the small things that make a marriage fun and worthwhile. We no longer held hands when we walk. We no longer hugged for no reason. When we do hugged, it was detached and disaffected, mostly obligatory in nature. We no longer randomly kissed to show burst of affection. When we talked, there was no longer any enthused fire in our eyes but only of annoyance. We were the closest things to each other from anyone in this planet but at the same time we were the most far apart.


Our marriage was dying and very close to death. It was only our strong sense of obligation that allowed it to survive for so many years. I’ve never realized that I carried a substantial amount of pain and hurt that has left me ragged and mostly broken. The same can be said of my husband of 12 years who has endured as much pain and suffering as he had given. We were both bloodied and messed up from the small pricks of daily unnoticeable stabs that we have inflicted on one another.
We laid bare our pain to each other; unable to believe that we have caused so much brokenness to someone we supposedly most loved. I cried for myself and I cried for him. He cried for himself and he cried for me. We cried for the marriage we thought was thriving but in fact was gasping for its last breath. We were the two people who supposedly loved each other so much at the wake of their own marriage.
But sometimes, some things have to die in order to be reborn to something better. Like a phoenix rising out its ashes, our marriage took on a second better stride. These past few days, I felt like I see and look at my husband for the first time again. I noticed every tiny thing. I see and hear his voice more clearly; I listen to his stories more closely. I removed the monotony and instinctiveness to my actions and affections and I now move purposely towards him. In turn he does the same. We travelled back in time to 14 years back when we first held each other hands and found love in each other’s arms. Our marriage is reborn from the ashes of our pain and hurt.
At the second chance in love, these are my vows to my husband:
I Vow
I vow to hold your hand as if I was holding it for the first time
with the excitement of touch of one who is in love
I vow to kiss you each and every day with the tenderness


of lovers who only found the power of a first kiss


I vow to look at your eyes every time you talk


to listen carefully to every word that you say


and reply always with love to your stories


and engage to your thoughts with my whole presence


I vow to always be on your side


on the road when you are cranky as you drive


no matter if it was you on the wrong


I will just keep quiet and maybe even cheer you on

I vow to always say thank you


even over the smallest things that you do for me


I will always acknowledge your actions of love


with affection and hold them closely to my heart

I vow to always be polite and gracious to you


I sometimes get comfortable


Knowing that you love me no matter what I do

There are so many things I want to promise


There are so many things I want to say


Loving instinctively instead of purposely


So instead of words, I vow in action


in the coming years of being your wife


I will always give you the very best of me


and move towards you in love purposely

Posted by Maria Maquiling at 10:08 PM