Every year during the first week of February for about 4 or 5 years now, Sharjah celebrates their annual Light Festival. They light up significant cultural structures with laser light shows and decorate  with different kinds of light arts. Every year is slightly different than the previous years, adding variation here and there to keep the festival fresh and exciting. But they keep some yearly staples that are crowd favourites. This is one of my super favourite times of the year and I really do wish that, their budget permitting, the government will do this for more years to come. The weather is also perfect because February is winter and the nights are especially nice and breezy. Bringing jacket, gloves, scarves, bonnets and probably a thermos of hot cocoa is also advisable.


One of the yearly Sharjah Light Festival staple is the laser light show in Al Majaz Waterfront Mosque at Buheirah Corniche. To be honest, I’m not really sure about the official name of the mosque. We tried our best to find out by walking around it to find any identification marks. Unfortunately, we were not so lucky so we just nicknamed it after the nearest landmark.  Multi-coloured laser lights are superimposed on its structures to create mesmerizing and out of this world sceneries. The colours transport you to a happier more surreal place full of fairies, nymphs and fantasy.


In comparison to the Al Noor Mosque, the Al Majaz Waterfront Mosque is simpler with its design and structure. It is also a much smaller mosque. Nonetheless the superimposition of the laser lights on its façade is just as fascinating. 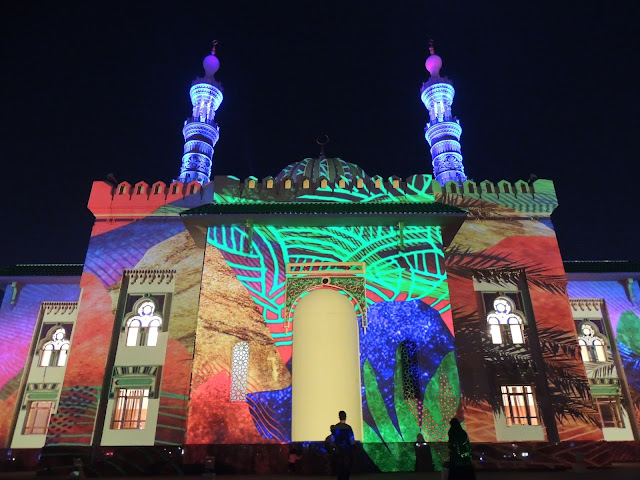 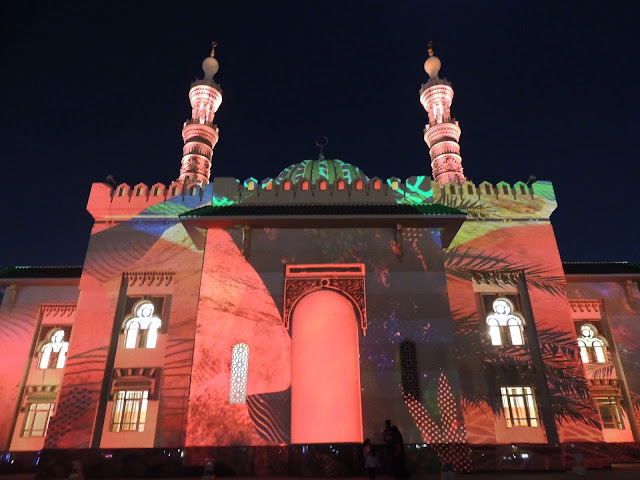 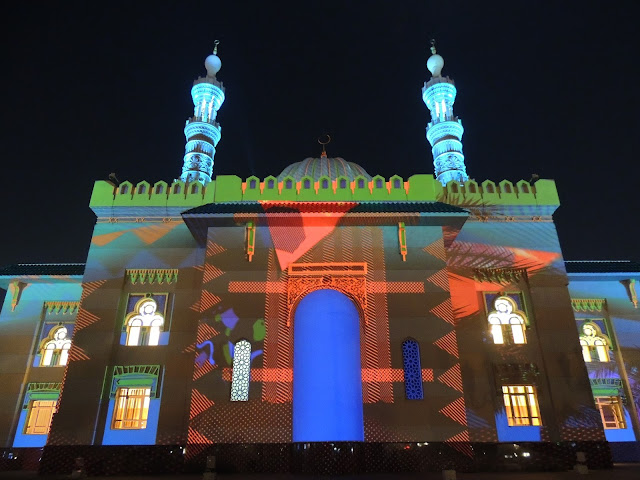 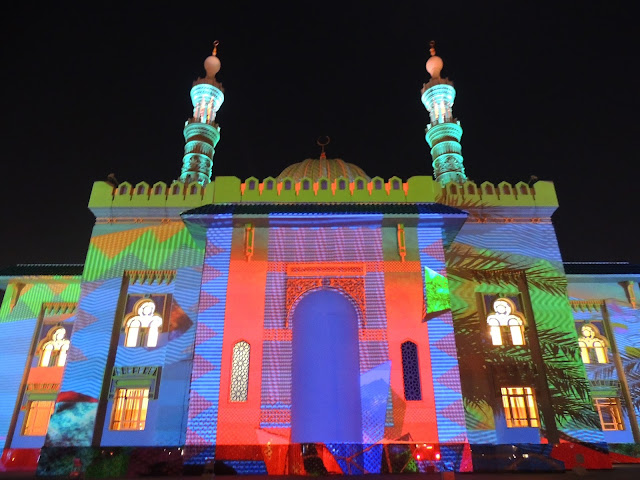 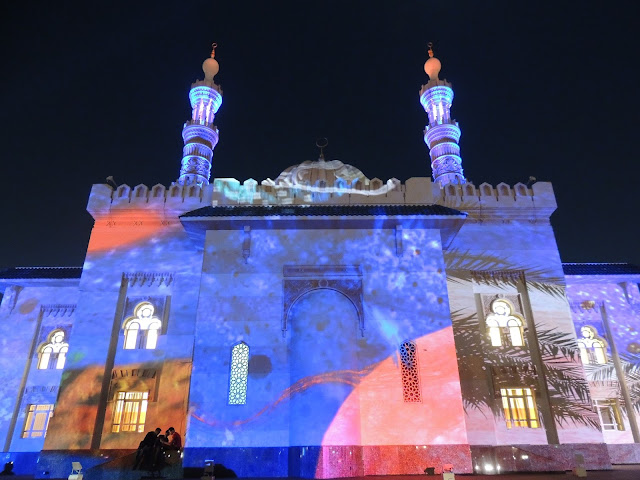 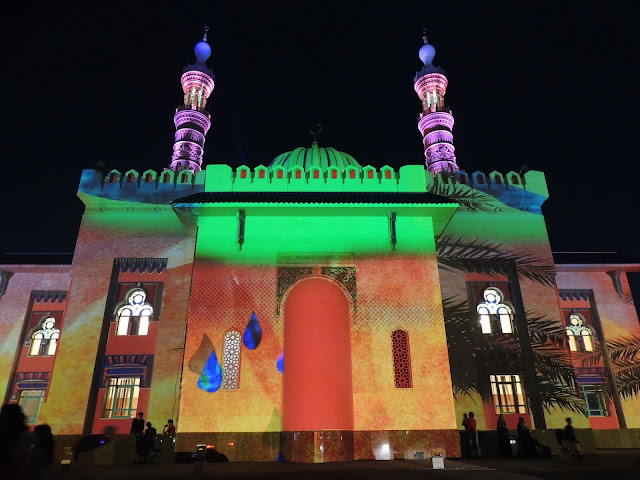 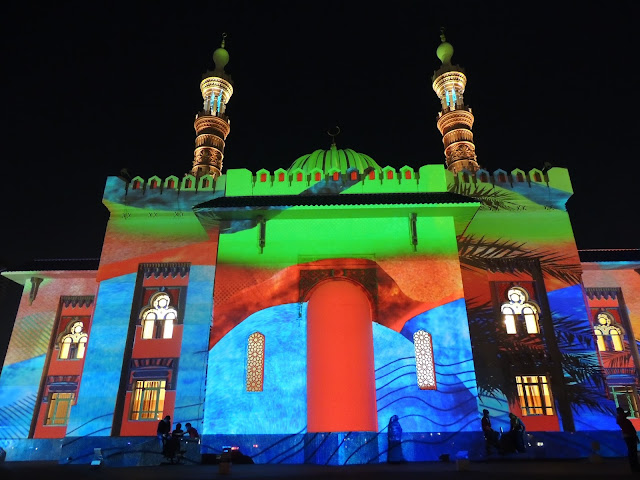 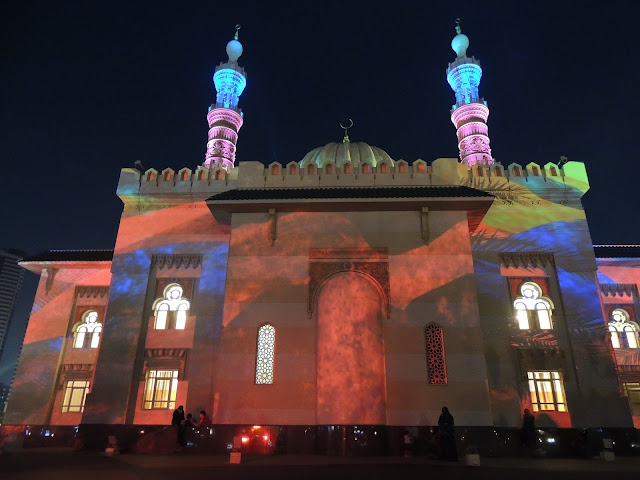 The light show here is more muted and warm in colours, favouring more earth tones. It transports visions of forests, centaurs and other wild creatures from the earthly surreal. It reminds me a little bit of Narnia. There is still playfulness and imagination in the colours but with a more realistic feel. If you like a more calming show, this one will be perfect for you.There are also less people within the vicinity, giving it a more Zen like ambience.


Just like the laser light show in Al Noor Mosque, this one is free and open to the general public. The only difficulty and fee you will face is the hard to find parking space.

Email ThisBlogThis!Share to TwitterShare to FacebookShare to Pinterest
Labels: travel