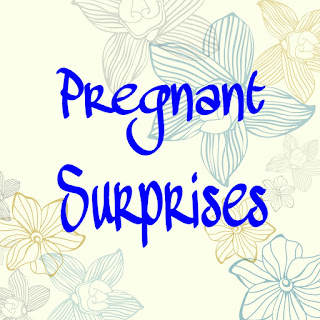 Around 9 years ago when I found out I was pregnant with my first born, I was left in what one may call a state of shock. For one, I only took the pregnancy test because this was my monthly prank towards my husband. I never really expected to be pregnant. Every month I’d buy a pregnancy kit just to stress him out with the possibility of conception. My prank was so old and so reused that eventually he’d just roll his eyes and then proceed to ignore my drama. But this one time was different. When two pink lines appeared, all I could do was tell my husband with a voice hardly above a whisper that the result was positive. Then we both sat down in silence for what seemed like forever, unable to process our new reality.

It was not that we hated kids. In fact, I was very good with them and so was my husband. But I felt 26 was too young to be pregnant when our original plan was to start a family when I was well above the age of 30. Our career was just beginning especially mine since I was just so recently promoted and we planned on building our Millions first. We couldn’t handle the fact that our carefully planned life was about to be disrupted and, heaven forbid, destroyed by an unknown. It was very terrifying especially since I knew of parents who couldn’t even go to the bathroom when they wanted and needed much less plan a life. I truly felt I was being punished.
But our son turned out to be the love of our lives. He was a decision we never consciously made but turned out to be our best non-decision. No money or career on earth will ever amount to the joy he brings to our lives.
Fast forward 9 years after. The year 2016 was supposed to be our year of great abs and great athletic feats. We planned on taking daily 5 km family walks to practice our endurance. We were going to eat clean and finally be the leanest we could possibly be. We were going to rip our bodies with planking and push ups. Lastly at the very end of 2016, we were supposed to walk from Sharjah to Dubai as a final test of our achieved athleticisms. 2016, according to our very carefully laid out plan, was our year of the sexy.
But God, in his infinite wisdom has other plans. Around the middle of 2016 during the month of August, I conceived. I found out exactly a month later.
You’d think by now that after 9 years of motherhood and having experienced the joy of children that I’d be more joyful or at the very least more accepting of the situation. I had no career to lose having spent the last 9 years as a full time housewife and I no longer have any delusions and aspirations of building my millions. Having another baby after 9 years was in fact a natural progression of having a family.


But unfortunately, some things never really change. I spent the first two days of my post positive pregnancy test drowning in tears. I alternated between crying hysterically and silently sobbing uncontrollably. When I felt like there were no more tears to shed, I would still find my eyes tearing up with unshed grief. Yes, instead of joy, I was awash with grief. I mourned the loss of my possibilities. I was already 35 and I thought this was the year when I can finally begin as me. I love my son to bits and the last 9 years were the greatest symphony of memories but on a personal level, I felt loss. I wanted to do something with my life beyond motherhood and I thought that the age of 35 was now or never. The positive pregnancy result was like a slam on the face by a door which I thought was finally open.
Currently, I’m already on my 20th week or 5th month of pregnancy. I have already come to terms, in fact even with joy and excitement, that I’m going to be a mother the second time around. It was hard at first to come around to the idea since I had a very difficult first trimester. It was challenging to be positive and brave when you are retching every 5 minutes from every imaginable and imagined smell. I couldn’t see the silver lining from the fog of nausea and daze of exhaustion. But eventually love wins. The unconditional love of the husband to her constantly angry and miserable pregnant wife wins. The love of a son to a grumpy mother who locks herself inside the protection of her smell free room wins. The love of a family to adjust to the every whims and wishes of an illogical pregnant mother and wife wins. Then eventually, my family’s love and my love over our unborn baby win.
And sometimes, it is a wonderful thing when God gives you the thing you want the most when you are not brave enough to ask for it.

Posted by Maria Maquiling at 8:46 PM